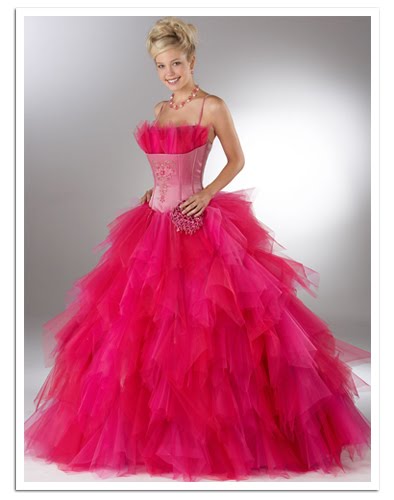 Stevo's son had his prom this past weekend, and there have been limos all over. Prom season. Got me thinking about proms.
My school was K-12 in one building, about 100 high schoolers total. Our prom was pizza in the gym, any jr-high to high schooler allowed. I had, i think, 2-3 invitations (I did not ask anybody): Becky from next door, who had introduced me to cheap jug wine and toga frat parties at age 16 and who had a 22 year old sometime boyfriend named Warren, Christine who was sweet and beautiful and a cheerleader and way out of my league, but she liked me for some reason,(we had typing together and I cracked jokes and managed to pass with a 72 grade--and the question I have asked ever since, considering I dated Christine for months, is why didn't I ever make a pass?) and the 12 year old cousin of my friend OJ. Funny to think, that 12 year old is now 40, and the difference between 40 and my 44 is nothing, whereas the difference between 16 and 12 is like the difference between Utah and New York. I did not go to the prom.
ANYWAY, at that time, and now, I was not a prom person. I was thinking about the PUNK aesthetic: either no prom, and off having your own wild party with your nasty friends, or go to the prom all gothed up or with a green mohawk.
How about you and your prom????
Posted by Gary's third pottery blog at 7:02 AM

that is truly a Barbie dress!

My first prom was at the end of jr. high. I'm pretty sure my pink dress wasn't too far off from your photo above (!) and we went in a limo only because my date's uncle owned a funeral home. Hahaha!

Wow! Where did you find that picture? That is one big, frilly, poofy pink dress. :)

You should have taken Becky from next door. She seemed fun. :)

did I mention Becky next door, although def. fun, also had a shaved head and safety pins in her ears? But it was the whole older BF who could kick my azz type thing that was off putting....

Residing in Belgium, we obviously have slightly different prom traditions.

I checked http://en.wikipedia.org/wiki/Prom
and read (at the Europe, "Belgium" section):

"In Belgium, as well as in some parts of the Netherlands, senior students celebrate their last 100 days of high school with a special day called 'Chrysostomos' or '100-dagen feest' (100-days party).

Tradition states that on this winter day, seniors are allowed to pull pranks on their teachers and fellow students. Some schools handle a theme as dresscode, while others go for the traditional outfit: blue jeans, a black cotton jacket, a black hat (with a red or blue ribbon) and a whistle around the neck. Some even paint their faces and some seniors also carry a spray can (shaving cream or other fluids) to 'attack' the non-seniors with.

A noisy march through town is also part of the gig. Later during the day, students perform an act at school, usually a silly show involving school or a parody.

In the evening, students head to a rented club to party. This involves dancing, singing and lots of beer to get a taste of fraternity life. Sometimes even teachers join the party to show that they too have a wild side."


Amazing (how wrong Wikipedia can be or how times have changed)!

When I graduated high school we all got our diploma, best wishes from our teachers and that was the whole deal:
no fancy clothes, no dinner, no dance.

I didn't go to my prom. I was anti-social back then. haha

The first prom I went to was with an older guy. I was bored out of my mind and fell asleep at the after party. The next prom I went to was also so boring, we left early and went straight to the party, which just so happened to not be boring... the evening ended up with me "knodding" off while sitting on a curb in front of a waffle house(good time good times) My senior prom was pretty uneventful, most of my friends didnt even go... my date and I ended the evening after the dance with a game of putt putt golf.

The highlight of my senior prom was having to drive my drunk date home EARLY... I think that pink dress would be too hard to make out in ;o)

I had no intention of attending my prom, just wasn't in to it. BUT I had a friend who was a couple years older, who hadn't gone to his prom, and regretted it. So I brought him to mine, made myself a fancy dress, and toddled off to the big nite. We had some fun, quickly got bored, ditched the prom and ordered pizza, played caps with fancy imported beer, cause I was a beer snob even then...No golf courses, no hotels, just me and John and a six pack or two. twas grand

My sister's prom dress was all poofy like that. Like crazy poofy. We have SUCH different tastes.
My dress was short and simple. I spent more on shoes and a necklace to go with it.

No prom for me either, our class voted to have a "greaser dance" whatever that was....I was soo disappointed. My daughter attended the prom all through her high school years so I lived it through her.

Prom?? I had a Baby and another on the way. So Prom was just not a reality.

i think i got pregnant at the prom... so obviously it was a life changing event for me!

OMG, i'm not a prom type person but i went for some unknown reason, felt like it was the law & i HAD to. picture late '80s, BIG hair, short black strapless dress, lots of makeup, too tall heels. downtown dallas after the prom, walking down the street to cat calls and "HEY BABY HOW MUCH" being yelled at me. that's the last time i dolled myself up like that! makes me shudder to think about it.

I love that prom dress. makes me wish i could go back and do mine again.