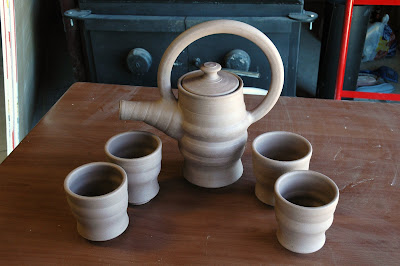 Becky Jo is big on peanut butter, and she explains BABB and her part in it very well, vis a vis, peanut butter:

"If disaster struck, and there was no more peanut butter, I just don't think I could go on."

"Gary, that all sounds super fab. I feel special to be part of an exclusive club. I've never been part of a club like this one, and just think... maybe one day it'll be so prestigious that people will want to be part of it, but they'll have to show that they are fun enough to be part of our club. Like a sorority/fraternity minus (some) of the nudity, hell week, and having to get bailed out of jail by your Dad for dancing nekkid on the quad covered in peanut butter. ;) *giggle* "

"Gary, I was going around and around in my head for a quote, but I like that one. 'Would you strip naked and wear peanut butter for just any group of friends?' That sounds like something I'd say... well, the peanut butter part, anyway. Speaking of, I am almost out of PB. The world is about to stop turning, get ready. "

FRANKLY, as my wife says, we will need tee shirts.

Posted by Gary's third pottery blog at 6:30 AM

Maude Darling you are Brilliant! of course we need T-shirts. And peanut butter chocolate chunk cookies. And Becky jo, what happens in the quad, stays in the quad....

OMG! Gary, you are so good at this! I feel totally special to be part of BABB... and yes, I would LOVE to have a T-shirt with the BABB logo.

... and for the record, I went to the store last night and got some more peanut butter.. and some Whoopie pies.. phew. That was a close one. The plane has not crashed into the mountain. :)

Zazzle, my man. Better quality than Cafepress and better selection. Have a look.

Oh and I gotta rep for Cafepress. I've had buttons and shirts printed from there and was quite pleased. So has Scott. They do good work.

Kasey, can you order just one button from Cafepress? I want one that says Peanut Butter Enthusiast.

Yeah, Becky! You can just order one a time if you want. We had a button machine at work for awhile. Just from a craft store. It didn't last too long, but we got a few Chirpy buttons out of it.

Wow, Becky is very neat! I am very impressed by all she does. Nice button for the blog bunch.