The wife returned yesterday after I had a rollicking good open studio weekend (more on that Monday!) and here is my weekend babysitting buddy Odin the orange tiger...I want to kidnap him and bring him home to cuddle up with Spike and Penny :)

Posted by Gary's third pottery blog at 6:11 AM 5 comments:

Hey, c'mon over today! Look at the great stuff you could see!
This cup and saucer?  I know, you've never seen me make something like that, because it is the first of its kind.  I am sitting here posting these pics and I am like:
"FOOL, get that thing off the sale shelf and GIVE IT TO YOURSELF.  And make some more..." :)

First rule of Christmas:  give yourself some great gifts!

OK, go to Smallmart at midnight and  RISK YOUR LIFE fighting crowds for some junky crap from China???? Screaming children with runny noses, grandmas who would fight to death to save 10 percent, clueless dads hogging the aisles with overstuffed shopping baskets?????
NO! Come over here instead!
Open studio Friday and Saturday 11-5, email me garyrith@yahoo.com if you need directions :)

I delight in horrifying the less open-minded relatives with our tradition-busting holiday meals... I am not interested in what is traditional or customary, I am a vegetarian punk....

SO, Spike and I baked stuffed shells for Thanksgiving...we celebrate on Thanksgiving eve because the wife is on the road all weekend while I attend to my open studio and a cat sitting job downtown. I think stuffed shells must be my favorite dish EVER.  What I do is make a soy ricotta stuffing, then layer stuffed shells with sliced veggies then non-dairy cheese on top....the whole house smells of garlic all day OH my :)

Happy Thanksgiving to you, whatever kinky food choices YOU make!

Posted by Gary's third pottery blog at 4:27 AM 6 comments:

Yesterday morning Penny had the early breakfast then disappeared....and we saw this ear sticking out of the covers.  Isn't she the most endearing little beagle you have ever seen in your life?

SPEAKING of her ears' pretty cinnamon-nutmeg color, LATER that same morning I was making pumpkin pie.....good GOLLY it is magnificent.  Rice flour crust,   coconut milk, maple syrup filling, how about that, hmm?
Happy travels and fun to you this weekend!

Posted by Gary's third pottery blog at 3:39 AM 5 comments:

You know I like to make mother and child sculpted pieces--mama beagle with a puppy, mama elephant with little elephant...i was thinking, in a sick sort of way "wouldn't it be funny if Godzilla was a mama? What would the baby look like???".  Hatching out of an egg, of course!

I made a standing Godzilla eating a red biplane...it cracked me up and there was a lot of interest in it, so I made this wall piece...and one where he is eating a car too!

THIS IS IT:  a month from today is the last day you could receive a box from me! Go to my etsy shoppe and get these mugs or something else awesome NOW! (click here) 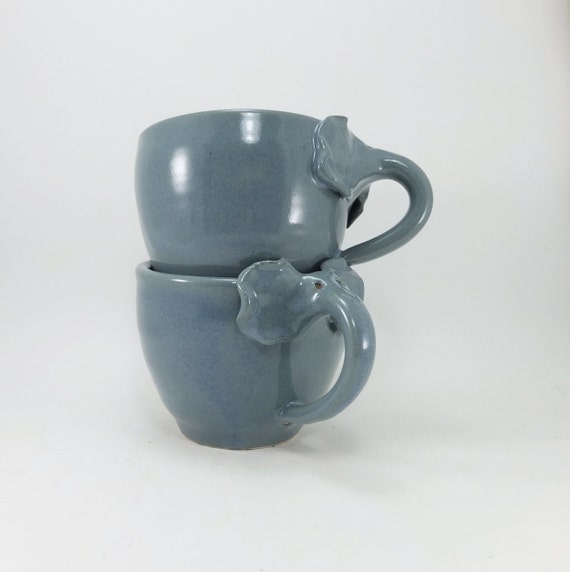 Posted by Gary's third pottery blog at 4:17 AM 7 comments:

a gracious and tidy life?

I drink out of mugs, sure, but aren't cups and saucers the ultimate? The tidy little spot to set your cup down, the chance to put a little friend on the saucer's rim, what's not to love?

(cups and saucers by Gary Rith)
Posted by Gary's third pottery blog at 4:47 AM 5 comments:

All of our would be nightmares had a smile instead?  Like this teapot?
I have given myself up to it, there is no fighting it:  I love making little monsters/dragons/dinosaurs/Godzilla.  Sly and cheerful ones!
Have an awesome Saturday!

(Yogi helps out in the studio with a thing or 2... below a golden doodle mug by me for Lynn who had a black golden doodle)

Lynn sees pics of Yogi here and writes "I lost my black golden doodle recently, could you make me a mug?" and YOU KNOW I can.  It is a hard thing to sculpt, just a mass of fuzz and curls, but easy for me to draw, so this is what you get!

I was out Wednesday with a friend who introduces me to crispy curried chickpea snacks from the store and I am like "a) these are AWESOME and b) I could make these, I bet..." and
OF COURSE the internet has zillions of baked crispy chickpea snacks.  (click here for recipe)
The basic idea is:  drain some chickpeas in a can and rinse, dry, toss with a little oil, bake on a baking sheet, pull out and toss with salt and spice.  I didn't see any reason why I couldn't make wasabi-curry together.... Easier (almost) than making popcorn!

Posted by Gary's third pottery blog at 3:41 AM 6 comments:

CRAZY CAT LADIES, when you go shopping, what do YOU bring home?

SURE, you could buy another cat or dog, or even quite a few, but maybe this time you realize your house is FULL of them...so buy one of my new cat or dog mugs from my etsy gallery! Hypoallergenic too!

Posted by Gary's third pottery blog at 5:05 AM 6 comments:

When I was a kid we lived near Buffalo. Our town of Brockport, NY was lucky enough to get dumped on by Lake Erie snows OR Lake Ontario snows, depending on which way the wind was blowing.  Ithaca's weather is not exactly gorgeous, but not as bad as that.  Lake effect snows are the worst, maybe, up to 100 miles from the Great Lakes, and we get plenty...but not this one.  We are just far enough away... I am a not child-like or romantic snow lover...it is a dangerous nuisance! 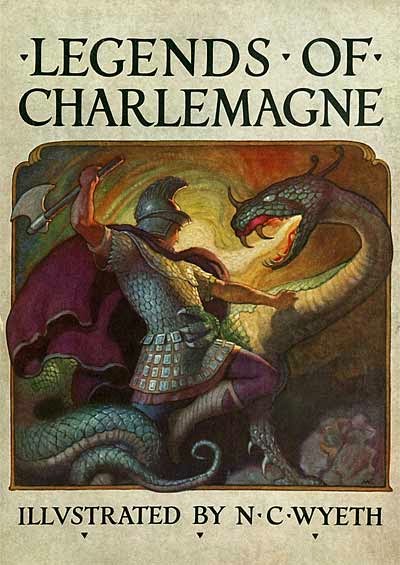 I grew up with this book on the shelf, and now it is on our bookshelves...just full of wonderful pictures!
That cover dragon looks pretty fierce, though, and my work looks pretty cheerful, right? have an awesome Wednesday!

Frog and Toad are Friends

"Frog said, 'I wrote 'Dear Toad, I am glad that you are my best friend. Your best friend, Frog.'

(teapot and cups by Gary Rith)

“I'm such a clever Toad.”
― Kenneth Grahame, The Wind in the Willows 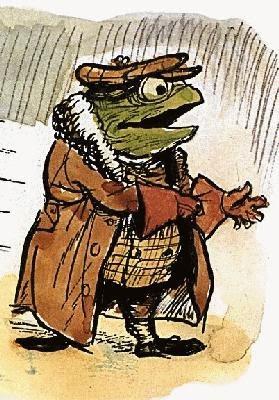 “Toad, with no one to check his statements or to criticize in an unfriendly spirit, rather let himself go. Indeed, much that he related belonged more properly to the category of what-might-have-happened-had-I-only-thought-of-it-in-time-instead-of-ten-minutes-afterwards. Those are always the best and raciest adventures; and why should they not be truly ours, as much as the somewhat inadequate things that really come off?”
― Kenneth Grahame, The Wind in the Willows

Posted by Gary's third pottery blog at 4:28 AM 3 comments:

a little 0rgy of tastiness.... (vase by Gary Rith)
My drawing table is a wonderful small school desk (the appalling thing is that I have THREE desks...you spend the first half of your accumulating cool crap and the second half of your life...wishing somebody would dust all that crap :).
ANYWAY, Lynn is a friend who lost her golden doodle recently.  She sees pics of Yogi visiting here, playing with Penny and wants to know who that breeder might be...just in case....and I hope she DOES talk to Yogi's breeder:  a nice family with good dogs with an occaisional litter sold by word of mouth only. I know Yogi's older brother Fargo too, for example, he is a great dog, but Yogi? THE BEST.

ANYWAY, Lynn is like "do you make golden doodle pottery?" and you KNOW the answer to that is yes.  My drawing desk has this vase of mine holding a pen or whatever, Penny beagle on one side, Yogi doodle on the other....

IN OTHER news, and speaking of tasty 0rgies of flavor, I borrowed a magazine recently and....well, tore a page out.  Kinda carefully, so maybe nobody will notice...but GAWDAMN! Thai curry soup! So simple, so tasty, the picture was so pretty! (Click here for recipe)
I did not have any green beans, but had twice the needed amount of sugar peas so just used that, and I don't buy red curry paste but make your own, which is described in the recipe, plus I boiled a handful of rice noodles to toss in....OH MY....

Posted by Gary's third pottery blog at 4:31 AM 3 comments: