TEAPOT TUESDAY number one and dreaming of TWINS! 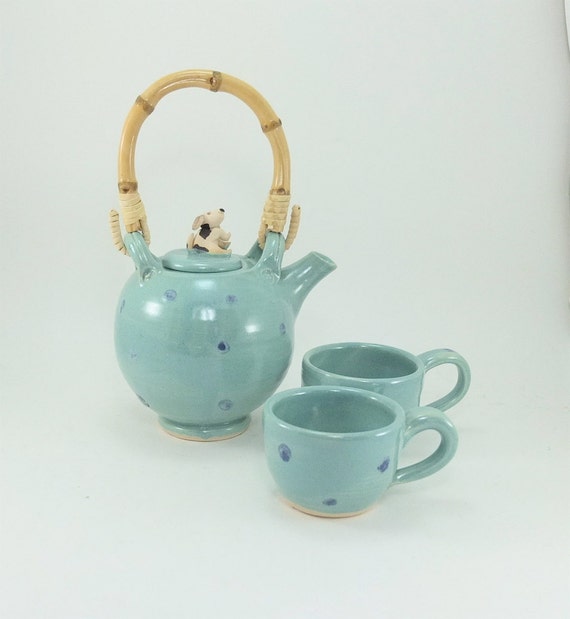 Before we get to more important items of business, let me tell you about dreams.
And let me preface this by saying I DO NOT do drugs! NONE! I am no flake! I don't even drink caffeine, but sure, the glass of white wine with dinner, sure, but that is about it.
But my dreams, GOOD GOLLY.  I make pottery in dreams, wake up and make them.
I live other people's lives, having their jobs and living their lives.  I wonder if I am psychic, because it is so vivid?
I have a PET in my dreams, as many of you remember:  my dream hamster Robert.  I have dreamt of Robert for years, he is like this living and breathing little fuzzy dude waiting for me to come back to him and put in some fresh pine shavings and some corn flakes.
Sometimes I even dream about my own life, but it can be WACKY SH!T.
I told you last month I dreamt the wife and I had a BABY.  I was shocked and surprised to find, as a childless but childish old man (as my parents remind me:  they were grandparents when they were my age) I was amazed at how much I really loved that baby, almost as much as I would love a puppy ;)

OK, so last night????? WACKY SH!T:
the wife and I were riding in a train moving to Chicago.  (20 years ago we moved AWAY from Chicago) When it came time to disembark, surprise! She went into labor and gave birth to twins.
My wife is the thinnest woman you have ever met in your life.  Her internal furnace must be something fierce, because she has the appetite of a heavyweight boxing champion.  Same weight, within a pound, since she was 13.  Her father and grandmother were the same, just the way some people are. (and she will kill me for writing all this, but she won't read this till later, soooo...)
Anyway, my point?  Would such a small woman have an easy time giving birth to twins on a train platform???  Well, my wife did, just popping out twins like it was just another task on the list to cross off, along with dusting and cleaning the telephone and microwave with a q-tip.

ANYWAY, these twins, a boy and girl, oh how I loved them!  They were so small, so alive.  So tiny, too, and like little wrinkled raisins.  I have very detailed, very vivid dreams, as I say, and feel it for real. I would be holding a sleeping baby in one room, she the other sleeping in the other room, and if one woke and started to cry, the other would do the same...you could tell they had a connection.  The dream ended with "oh, we should name them!".
I had no ideas at first, but the wife said "I have always like Archer and Asher but I also like Giselle and Grace".  Later I would think of other names like Arthur, but although we did not finish deciding, you have to match first names to the last, so they sound nice, right? Ours is a short, one syllable last name, you have to think carefully. We were thinking Monica Rith and David Rith when I awoke....

Thursday I told you it was TEAPOT TUESDAY, but it didn't count because it was Thursday.  And that I would try to remember to start TEAPOT TUESDAY on ... Tuesday! I wrote it on my calendar, I remembered!

Don't you love this wee set, size of an orange with 2 golfball size cups?  For sale now at my etsy shoppe! 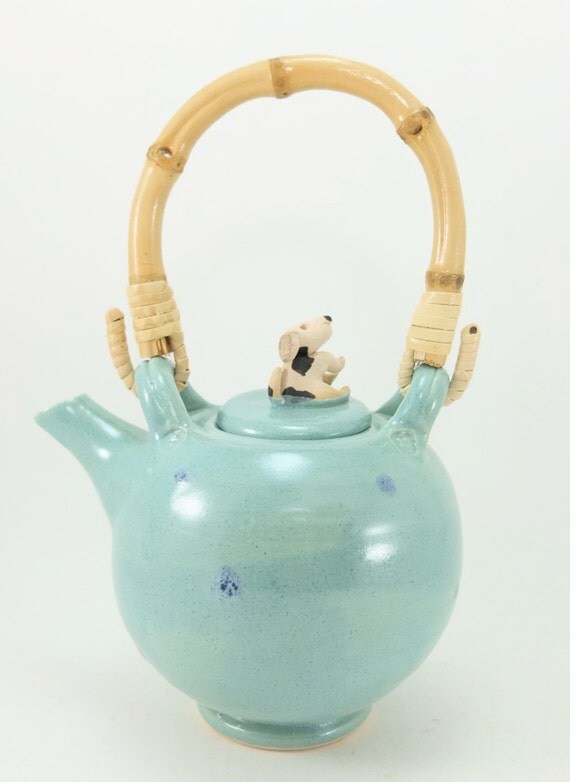 Posted by Gary's third pottery blog at 5:12 AM

All these dreams about babies. Is your internal clock trying to tell you something?

I remembered it was Tea Pot Tuesday in my blog also. Yay!

You need to look up birth in dreams. Of course you are birthing Tuesday tea pots.....today.

Teapot Tues is nice, but dream recall is even nicer. What fun to share your new little creations...the twins! You amuse me no end!

I just love your dreams! They have such a goofy joy to them. I'm sure you will honor Mrs. Plottsblog with many photos in the future.
Teapot Tuesdays! Yes!

I have a teapot named Robert....after a teacher who collaborated on one with me to show me the ropes I haven't had the nerve to try another one....
Such lucid dreams you have--must be the meditating and contemplation you do?

Love the teapot and cup set....and i just had to respond co i actually did give birth to twins (25 years ago!!) and i can tell you it was a bit of a nightmare (the actual birth that is) never mind a dream, and i wasn't on a train platform :P! but happy to say they are the loves of my life for sure....and it was an amazing ride...cheers, linda

Crazy dream!
Hey, I like the "Teapot Tuesday" idea. I made a little kyusu yesterday. Even though I'm teapot jinxed, I still get brave and make them once in a while.

Love the baby dreams... I dream about babies ALL the time. I think it's because I always wished I had more then one.
Sweet baby teapot, even the glaze reminds me of babies.

"I really loved that baby, almost as much as I would love a puppy ;)" Ha ha! This is a good example of why we are friends.