so, yeah, we went to NYC

Nobody guessed in the post 2 days ago that the reason I was holding a smiling apple was that we were going to NYC, the Big Apple!  .Like Mick Jagger said in SHATTERED "Go ahead, bite the big apple, don't mind the maggots,"****

We were going to the Asia Society, to see some awesome pots...amongst other treats
dang we had an awesome trip! 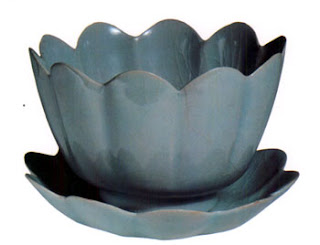 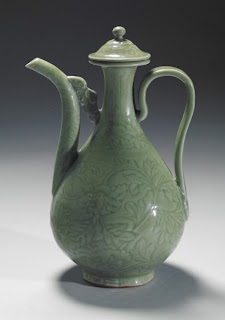 Looks like you had an awesome day! You are so lucky to be a bus ride to the city, yet can live in a quiet little village.

That looks like an awesome trip! So glad you had a great time!

It looks like you both had a lot fo fun. Great pictures.

Looks like tons of fun. So glad you had a great trip.

Best picture of Gary with NY street art? I'm going for Atlas over your shoulder...though the Oroborus as halo on 5th Ave is a good second. So glad you got to have a good time!

Looks like you're wearing a halo in one pic.

What a swell trip! I love how you took pictures along the way--I need to remember to do that myself when I travel and I never do.

SO jealous. Haven't been to the city in ages.

Interesting "anthem" for NYC--the cliche one would be Sinatra's New York, New York...GR is original!
Hope the trip was fun and helps "recharge the battery".

My boy was in NYC last week! Toured Columbia last Wednesday. Good news, Cornell is on his list too! College tour road trip this summer!

My daughter is in Philadelphia and I so envy her quick bus trip to NYC. Your trip looks great!