BE the elephant and NOT the chicken 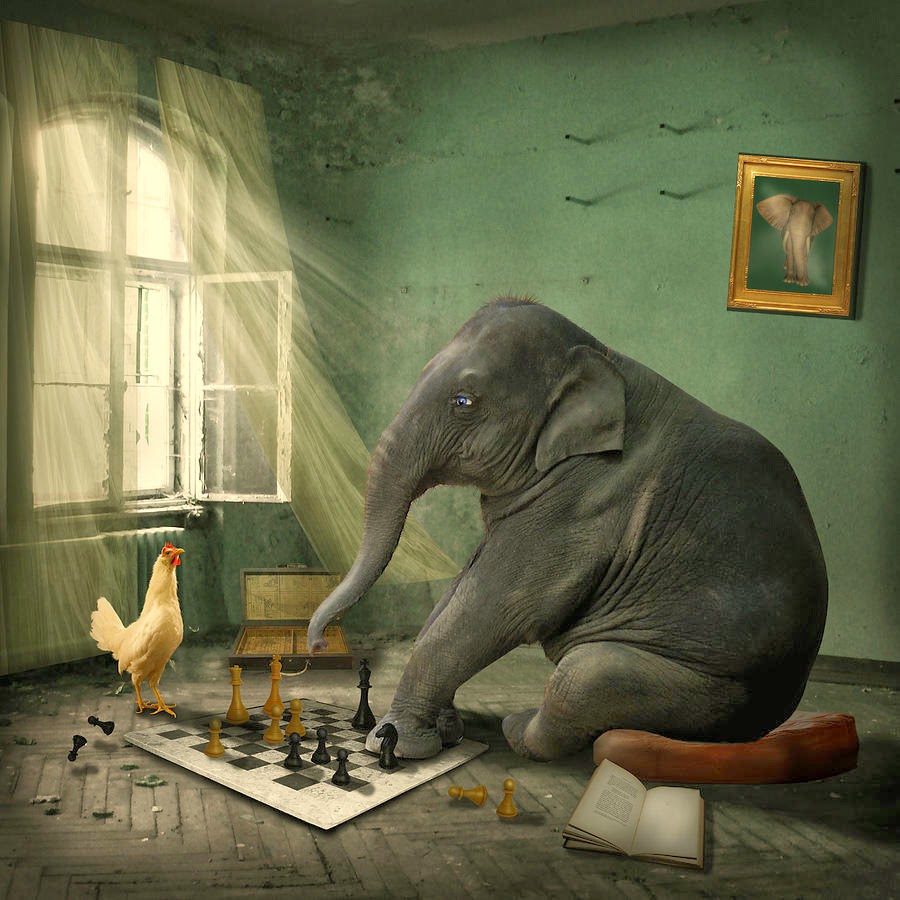 First thing first:  it is going down now, but OI!
Last week I showed you ice on top of the picnic tables, riverside down the street from us

Same picnic table below, in a flood of water.
And now...one of our neighbors agreed:  flooding looked like the 2nd worst we have seen, almost up into the road in spots.  It stopped rising late in the afternoon.  You ever feel like climate-wise we are FUKKED?  WEIRD weather.....

AND OH yes, we were talking of the chicken and elephant.  The other day I had some time and fell asleep, ahem, I am an active guy, but as usual it was a CREATIVE nap and put in mind sculpting an elephant with a bird on its back.  So I did.  LATER that same day I saw the awesome painting at the top of the post, the elephant playing chess with the chicken.  And therefore coined the new Zen term:  be the elephant and not the chicken... you know what it means....***

(elephant teapots and sculpture by Gary Rith)
***WELL! Later, I am surprised to hear it not as obvious as I thought:  be the elephant and not the chicken means, to me, be proud and strong not a quivering and shaking little chicken... or something like that...

Posted by Gary's third pottery blog at 4:51 AM

I must admit my education didn't include learning anything like elephant/chicken qualities. I stared at them, and just knew they were both fabulous animals, in their own ways. Thank you for starting a new myth in my life!

So now we have a variation on a phrase--Now it's 'the stuff FROM which dreams are made'.

I'm totally stumped by the koan about the elephant. Then again isn't that the idea of these little gems?

OH my!! Yes, the weather patterns are fuuuukkkkkeeed, as YOU say. :). Thanks for the updated photos.. snowing here today!! March 31..enough already.. Anywaaays have a great day. :) T.

Oy. The weather. I'm headed to Minnesota Wednesday. Tuesday they are expecting a foot of new snow. It will be 45 at the warmest while I'm there. Guess I should be glad it's not still below zero.

LOVE that elephant and bird!

Love your collection of teapots and mugs! The painting of the elephant and the chicken playing chess is just great. My chickens continue to take advantage of their earth moving disaster, flighty sods. Warm start to Autumn here, 95 F, not so unusual though.

Those are some BIG chunks of ice!
Listening to NPR today, I learned nothing of elephants or chickens but I did hear an interesting piece about how the climate is changing to where we have more extremes of weather, with worse flooding/storms/hurricanes/etc.

We miss you and Penny so much, Gary!