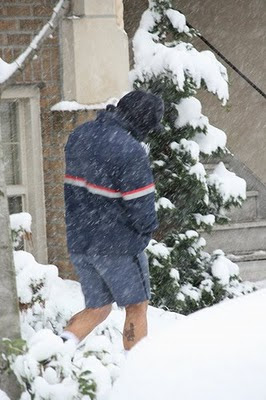 I have a new venture going on, as I mentioned last week, and it flies today for real, called: She Says, by the ladies (and Gary). Its sort of a SUPER GROUP mega blog, like 20 years ago, the Traveling Wilberries, with Dylan, George Harrison, Tom Petty and the guy with the voice having fun. When the Women's Colony closed last week, a very big super group mega blog, some women decided to keep it going, but like the Bionic Woman, they could make it better. Of different anyway, and include ME as a contributor. I will submit 2 essays a week plus an answer column, woohoo!
I know, I am juggling a lot of sh!t these days, writing this blog, writing for that blog, writing for the BABB blog, facebook for me, facebook for Georges Le Soq....snot much time lately to read your stuff, I am trying to catch up :)

Here is my first real essay for them.

Confessions of a Kept man: diary of an anarcho-punk potter and househusband.

Ithaca, NY is not exactly Canada, but its close. We are not a very tropical place. It snowed all day on Mother's Day, but at least it didn't stick. I am not a shorts guy, at least not anymore. We lived in the New Hampshire woods for many years before Ithaca, a place known as a) colder and snowier than Ithaca, and b) infested with mosquitos and black flies during the warm months. At least our corner of New Hampshire was bug hell, but our new corner of Ithaca is all sunshine and lollypops and puppy dog tails: where are the bugs? I don't care, they must still be in New Hampshire.

Me and the wife had lived for many years in Chicago before moving to northern New England, a place also notable for being pretty darn cold, but also unmercifully hot and humid. Holy cats it was hot. My first summer in Chicago broke records for a) days over 90 degrees and b) days over 100 degrees (and our last winter? broke records for days under zero in a row and in total). Anyway, our Chicago apartment had abundant mosquitos in the neighborhood, but I was, without thinking, a shorts guy. Later in New Hampshire, your legs were covered with bites in seconds and it wasn't terribly hot, so I quickly buried the shorts in the closet and forgot them.

Ithaca got to the high 80s this past weekend, and what with the lack of biting insects and the hot and humid air, it felt like time to find the shorts, which were under the wool sweaters in the closet. I may not need the sweaters this week, but I was glad to pull out my vintage 1988 gap cargo shorts (back in fashion!) on Saturday, and feeling virtuous, I cleaned my closet too. When the wife does closets, blue shirts hang with blue shirts, and tan pants are hung next to tan pants, but my effort was limited to unballing the sweaters and folding them neatly: GOOD ENOUGH. And my hairy and pale legs, as you may see in the photo, enjoyed airing out all day.

You may never theorize about shorts, but sometimes it hits you over the head: what is it about Americans and shorts? You hear your French cousins talking about "those ugly Americans, crowding the Eiffel tower, in their shorts and their baseball caps...". And you are like "Huh? Ugly = shorts?"

You think about it a little further: men love shorts on women, don't they? I mean, all men want is to sneak peeks down a passing woman's top, and heck, the more leg the better, right? Um, yes, right, you know, under the correct circumstances, but NEVER would a happily married man of 18 years, like me, look at a woman's long legs in their shorts, or the way the shorts define their shapely little....no. Not this married man, ever. I wouldn't even look at women's cute little toesies with their pretty bubble gum pink nail polish. Never.

But is there some kind of double standard, or multiple standard? Is it OK for women to wear shorts and not men? I worked with Maureen in Chicago years ago, who, looking at my vintage 1988 gap cargo shorts, told me "my husband NEVER wears shorts" she sniffed "he is NOT a little boy". I was puzzled: am I acting like a little boy? Recently, my good Canadian pal Celeste was telling us all how she and Maurice met: "I was at an exhibition and he kept talking to me, all DAY. For 7 hours! He was totally charming and funny, BUT HE WAS WEARING SHORTS!".
Again, I puzzled it out, because of neccesity or lack of neccesity, I was no longer a shorts man, but is there a feminine prejudice against men in shorts?

I weighed the evidence, although I was too lazy to do any research. The wife here is way too polite to tell me I look foolish in my shorts (do I look foolish in my shorts, rubber boots and Mickey tee???? I was wearing boots because I didn't want to get my shoes wet in the dewy grass). But I think there IS a history of men looking foolish in shorts: the postal carriers in their blue shorts, the old guys in Florida with their shorts, black socks and black dress shoes, and here, of course, in Ithaca, your 66 year old hippies in their shorts with Birkenstocks, showing their nasty toenails to the world (puts you off your lunch, you know?).

Gary Edward Rith is a househusband, full-time studio potter and sculptor and part-time instructor at the Cornell University Pot Shop. Confessions of a Kept Man appears every Tuesday and Thursday, and Gary's answer column "He Says: ask a guy, by Gary" appears every Monday. Gary blogs a whole lot of pottery and other baloney at his blog
http://garysthirdpotteryblog.blogspot.com/
Posted by Gary's third pottery blog at 4:52 AM

Love it! Also love to sneak a peek at a man's legs (not a married man's) so shorts are okay with me. As a matter of fact, looked at a lot of men's legs as they ran past me last week during race.

I think it's the rubber boots and tucked in shirt that make this look what it is. Go get your feet wet Gary, it could be fun and cooling.

That's good stuff, G. I know a FedEx guy that will wear shorts when there is snow out. ;)

when i worked in an office we couldn't wait for the very hot UPS driver to break out the shorts... :o)

I say, where em if ya got em!!! I personally hate shorts, don't find them comfy at all, so I wear skirts when the hot weather hits. You cpould try that one, but will garner some strange looks.lol

Maurice was also wearing sandals. He's kept the shorts (including the mango ones), but the sandals are gone.

Love the shorts,you are in great company! :) What about Steve Irwin, "The Croc Hunter"? or the NBA guys, OR David Attenbouroh, can't spell his name but he was the commentator for "National Geogrphic"...! Hey, wear them proudly! You look great, and the boots make a great statement! I am beginning to think that you may be my real cousin, instead of imaginery! lol lol lol

Wearing shorts is cool. Passing out from heat exhaustion, is NOT.
Ok, we could do without the rubber boots though. :0

My husband needs help: he likes those old short shorts and wears his white socks and tucks in his tee shirts! But I love him dearly so can overlook this "fault". He says its from all the years he spent in the military. But I TRY very, very hard to overlook this teeny, tiny fault....And I love seeing the UPS/FedEx men with their shorts!!

Gary!!! You gotta get those shorts-bedecked legs out walking in the sun!!! I've been doing it for a month now and mine are approaching "old ivory" color. You don't sunburn if you walk! Theoretically, it's because the moving legs keep changing their angle to the sun...and moving in and out of shade! :-D

It's a relaxed, laid back, unfettered, secure-in-his-own-skin artist look you have there, Gary, Stick with it!
I'm not a shorts-wearing person, (though sometimes I might be a short-swearing person), my general attire is whatever I choose to wear. I greatly enjoy the fact that I don't give a damn what anybody else would prefer me to wear.
I admit, I was over-ruled in my self-determination over attire for my brother's wedding. The Mule insisted that I had to buy real trousers and that black jeans were NOT real trousers within the meaning of the legislation. I'd say, wear what you want, and if that's shorts and boots, go for it.
I bet Lady Ga-Ga's mum still says "And you're NOT going out dressed like THAT, young lady!"......