a little 0rgy of tastiness.... 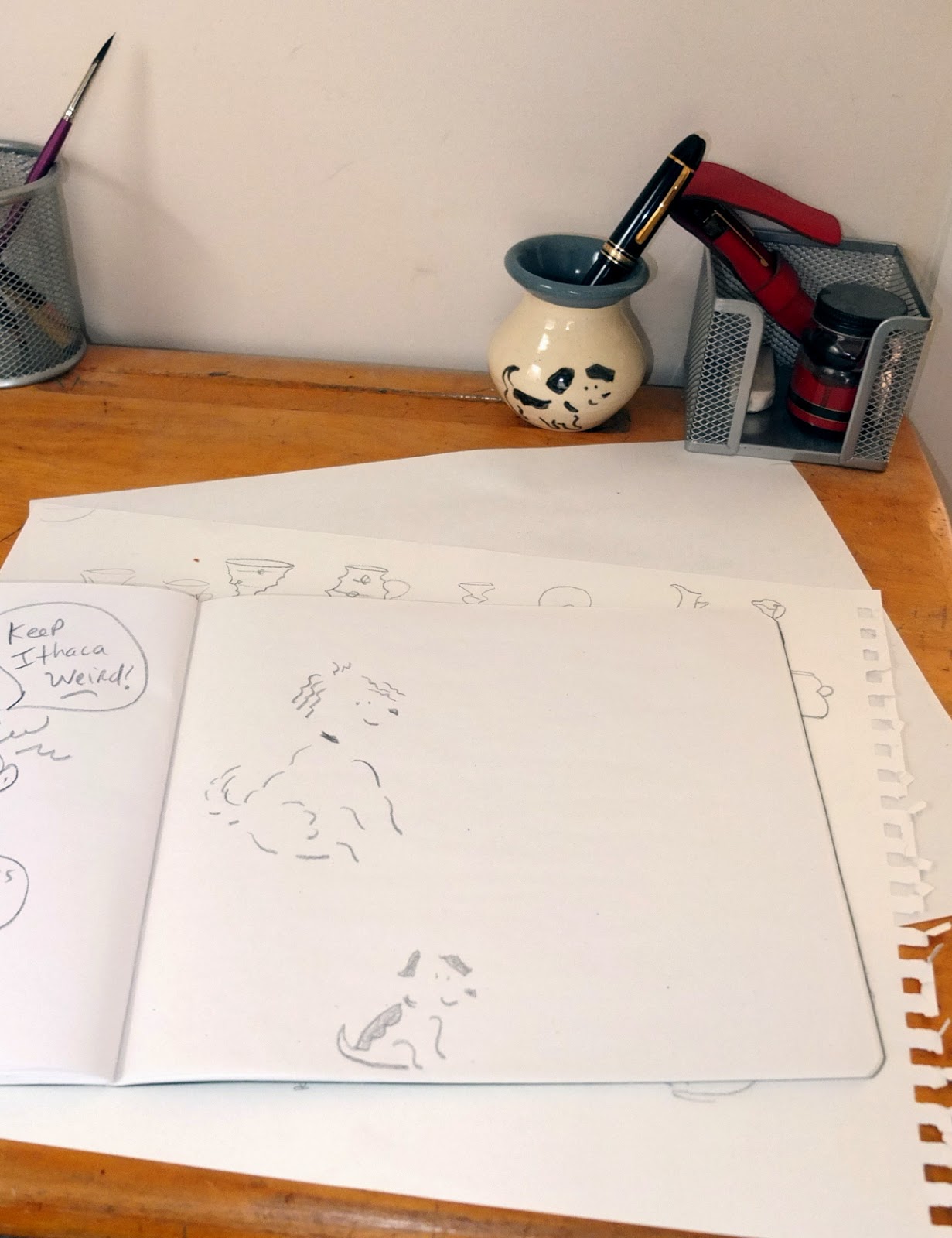 (vase by Gary Rith)
My drawing table is a wonderful small school desk (the appalling thing is that I have THREE desks...you spend the first half of your accumulating cool crap and the second half of your life...wishing somebody would dust all that crap :).
ANYWAY, Lynn is a friend who lost her golden doodle recently.  She sees pics of Yogi visiting here, playing with Penny and wants to know who that breeder might be...just in case....and I hope she DOES talk to Yogi's breeder:  a nice family with good dogs with an occaisional litter sold by word of mouth only. I know Yogi's older brother Fargo too, for example, he is a great dog, but Yogi? THE BEST.

ANYWAY, Lynn is like "do you make golden doodle pottery?" and you KNOW the answer to that is yes.  My drawing desk has this vase of mine holding a pen or whatever, Penny beagle on one side, Yogi doodle on the other....

IN OTHER news, and speaking of tasty 0rgies of flavor, I borrowed a magazine recently and....well, tore a page out.  Kinda carefully, so maybe nobody will notice...but GAWDAMN! Thai curry soup! So simple, so tasty, the picture was so pretty! (Click here for recipe)
I did not have any green beans, but had twice the needed amount of sugar peas so just used that, and I don't buy red curry paste but make your own, which is described in the recipe, plus I boiled a handful of rice noodles to toss in....OH MY....

Posted by Gary's third pottery blog at 4:31 AM

That sounds like the perfect winter day savory and hot thing to eat.

Oh, you know I am SWOOOOONING over that soup!

And I think we all need dogs like Yogi! (or Penny) (or Soupy) You have the best dog friends!