only a blogger goes into the bathroom with a camera 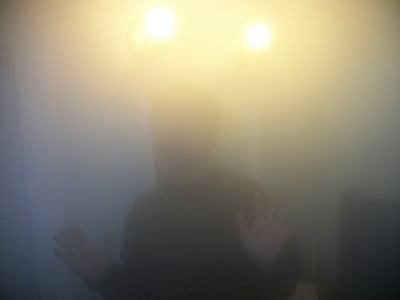 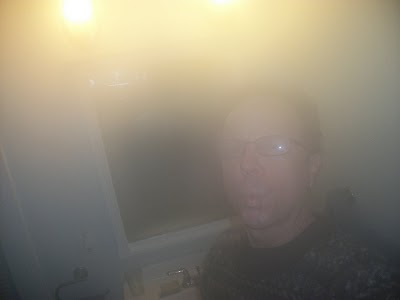 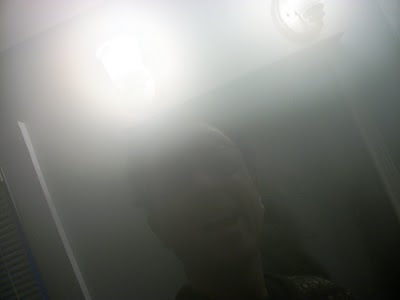 I was, how do you put this? Lurking around in my own bathroom which was satisfyingly steamy, and, if you are a guy married to a s3xpot, you know, you want to get a peek at...do I have to spell this out? I do not.
So, as I say, after my own morning's shower and tooth brushing and such, I REturned, to see what I could see, in case, you know, anybody else was having a shower*, and the glasses happened to be on my face, which I thought was hilarious, and they totally fog up, and so I had to get the camera and get pictures of my steamed up self...well anyway.
*NO I did not turn the camera that way you filthy preverts and as you can see I was even wearing my favorite sweater!
Posted by Gary's third pottery blog at 6:55 AM

Maybe only YOU go to the bathroom with your camera ;-). Of course I read the article after reading the title so what does that say about me?

This is a pretty cool idea. I think we should just wander into random people's homes and take pics in their steamed up bathrooms. ;-)

LOL LOL Reminds me of that corny movie from Stephan King the "Mist"...lol :)

LOL, Gary! The only bathroom picture I've ever posted is this one: